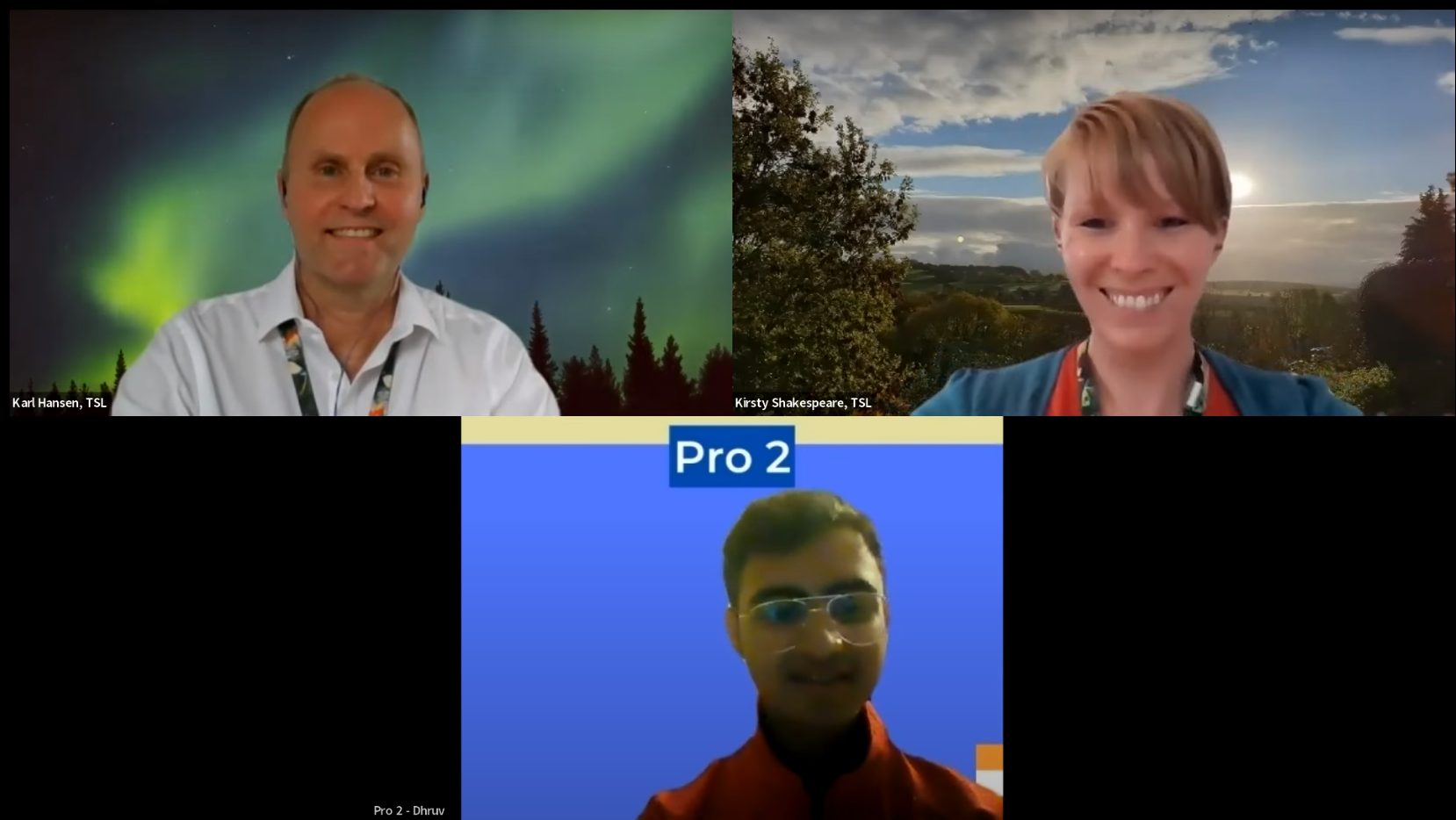 As this year’s Trust for Sustainable Living Essay Competition and International Debates come to a close, the world has been left a better place. Thousands of students from all over the world wrote impassioned essays and debated fiercely with like-minded climate advocates from around the world about sustainability and climate justice. To say that the participants were inspiring would be an understatement.

Of the 1122 essays that were submitted, there was one in particular that stood out to the TSL judges and merited the Grand Prize, and it was that of Dhruv Bhatt from India. Although most essays brilliantly discussed the intersectionality of climate change, touching upon the variety of equalities that must be ensured to tackle the environmental crisis, Dhruv’s was the most original, well-thought-out, and authentic.

Originally from Haldwani in the Nainital district in India, Dhruv is proud to be from the Kumaon region. Because he grew up in the near the Himalayas, he is fond of mountainous climate, flora, and fauna. In fact, he strongly believes in mountains’ potential for climate regulation, considering the huge role they play in rainfall and capturing precipitation.

Dhruv first learned about the climate crisis from his lessons at school and became a passionate advocate for environmental conservation after participating in the 2017 TSL Essay Competition. Epitomizing the qualities of a TSL Champion: intellectual curiosity, hardworking, and passionate, he found that the research and writing process piqued his interest in climate issues and even took to poetry to express his passion for the environment. (You can read some of his poems here: https://bowseat.org/gallery/cracked/.) He has also been inspired by the plethora of climate efforts that take place in his hometown; from protecting rivers to learning about Himalayan endemic species, he has witnessed first-hand what it takes to save the environment.

After writing his award-winning essay and participating in the debates last week, Dhruv was left uplifted and inspired. He considered the debates to be eye-opening, as he was introduced to a community of passionate climate activists with a diverse range of ideas to offer. His team members challenged each other, and the judges asked thought-provoking questions, urging him to question himself and his beliefs. The debates granted him a broader perspective on climate action and revealed the drastic extent to which influential action must be taken. Despite the challenge, Dhruv was left inspired, hopeful, and motivated. Participating in the global discussions with his fellow debaters and learning more about sustainability and equality struggles around the world, he became adamant that such discussions must be amplified to reach a broader audience.

Dhruv wisely believes that his biggest takeaway from this experience was a question: can we do it? Humbly ambitious and determined, he continues to answer his own question by demonstrating how youth empowerment, science, and education can (and will!) save our planet. Having witnessed life in the slums of India, where there are numerous inequalities – educational, gender, cast – he is aware of how the climate crisis exacerbates inequalities, and vice versa. Seeing people in the slums expose to toxic industrial waste, polluted air, unemployment, and harmful diseases – all the while unaware of the cause – was what inspired him to revolve his essay around the International Year of Basic Sciences. This global event consists of promoting basic scientific principles to allow people to navigate in an increasingly technologically advanced world where STEM skills are not only crucial for employment, but survival. He hopes that this movement will allow people to contextualize their scientific knowledge within the volatile climate crisis, increasing climate literacy in marginalized communities that are most affected by climate change.

In addition to his essay, Dhruv also contributed to the Secondary School Debates, where the debaters weighed whether inequalities should be tackled before or after the climate crisis. He believes in the intersectionality of sustainable living but is most passionate about tackling intergenerational inequality and youth empowerment. Inspired by other youth climate activists such as Greta Thunberg, Dhruv hopes to amplify the voices of our generation and bridge the gap between Gen Z and older politicians and authorities whose policies are not drastic enough. He hopes that people of all ages will work harmoniously to protect unborn generations that will suffer most from the effects of our actions or a lack thereof.

Having had a successful high school career in terms of academics, activism, and global impact, Dhruv will be graduating soon to pursue a degree in environmental science or other life sciences. Spearheading sustainability efforts in his hometown, he will spend his summer working with his father to rejuvenate old watermills that are an important part of the region’s cultural heritage. This goal of this optimization process is to increase the mill’s efficiency and reduce the number of microplastics that enter the flour. He also plans to launch the first plantation and plant-donation drive in his district, Kamola Dhamola Village Nainital, to grant his village a tax redemption. This profit can then be used to fund other sustainability efforts as well as heal and secure the surrounding environment.

Finally, Dhruv promises to keep writing poetry and essays about the climate, because he has seen that education is the most powerful tool that can spark change, sway those in power, and inspire others all around the world. On behalf of the entire TSL team, we would like to wish Dhruv the sincerest of congratulations for his amazing accomplishment in the essay competition, his determined debating performance, and his inspiring work back home.