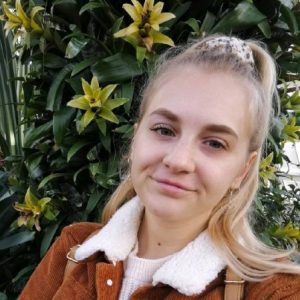 Have We Entered the Anthropocene?

Have you heard of the ‘Anthropocene’? Perhaps you’ve heard of ‘Jurassic’, ‘Cretaceous’, or ‘Holocene’? These are periods of time marked by geological changes in the layers of the Earth’s rocks. 11,500 years ago, the Holocene began when the glaciers of the Ice Age retreated and warming increased – this is our current reality. Yet, a new term has arrived on the scene, the Anthropocene, and many now believe that Earth has left the Holocene behind and entered a new geological era.

Geological eras arrive and leave like a changing of the seasons (very long seasons at that!), and have generally been caused by natural happenings, whether gradual like the warming and melting of glaciers, or sudden like volcanic eruptions and meteors.

So, what is the Anthropocene, and why is it suggested that we have moved on from the Holocene?

Well, according to the National Geographic, the Anthropocene is “an unofficial unit of geologic time, used to describe the most recent period in Earth’s history when human activity started to have a significant impact on the planet’s climate and ecosystems”. The question is, have we as humans had such a significant impact that we have caused changes in the rock layers? – and the answer is, yes.

Despite being an unofficial term, there is mounting evidence to suggest that a new geological era heavily influenced by human activities has indeed arrived. In millions of years’ time, what will you see in the current rock layer to indicate you’re looking at a new time frame when humans ruled the Earth? You would see radioactive particles from the testing and use of atomic bombs starting in the 1940s, and plastic, which has already been found in sedimentary layers off the Californian coast. You would see a change in the position of rocks such as limestone indicating rising sea-levels, and contaminated deposits, but you wouldn’t see a large variety of fossils. With many of today’s species being wiped out in what has been dubbed the ‘sixth mass extinction’, one of the most shocking markers of the Anthropocene might actually be a lack of fossils and species variety, as many of Earth’s inhabitants are negatively impacted by the habits of the human race.

If we have moved on from the Holocene, into the Anthropocene, when did it happen?

The question of when the Anthropocene began is still up for debate, but there are a few popular and widely-discussed ideas:

Whether or not the Anthropocene has begun, with humans having had enough impact to catapult Earth into a new geological era, is still being debated – but if you were deciding when to declare the beginning of the Anthropocene, what would you pick?