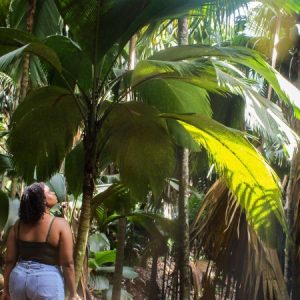 The TSL International Essay competition concluded with the School Debate and Summit. The debate and summit were held online from 11-16 July. We had a fruitful week addressing this year’s theme of Climate Justice. The essay competition gathered 1126 entries from 59 countries, with the discussion surrounding racial, gender, economic and generational inequality. The top 10 winners of this year’s essay competition were announced at the award ceremony.  See the winners below according to the categories.

Esther Oyinboade from Pearl Shore, Nigeria, is the recipient of this year’s first prize. Esther’s essay highlights the environmental challenges that her country faces. This includes resource loss due to mismanagement, desert encroachment affecting livestock, water and air pollution, and gender inequalities. As a solution to these issues, Esther recommended afforestation projects, innovative agricultural technologies, implementation of policies, and education to address gender inequalities.

The top 9 winners are listed in the table below.

The first prize and also the Grand Prize winner for the international Essay Competition is Dhruv Bhatt from Bhartiyam International School in India. Dhruv wrote about the social inequalities he faces in the slums of India. He believes that the education of basic sciences will empower young people in vulnerable societies to take action to combat the climate crisis.

Here are the top 9 winners for this category.

The debate brought together 53 students from 33 countries to share their points of view on addressing the different inequalities to combat the climate crisis. The debate was divided into two categories: Primary and Secondary. In the Primary School category, the debaters addressed generational, economic, gender and racial inequality. In the Secondary School debates, the debaters looked at the inequalities from both the Pro and Con sides. The best teams and best debaters were also recognized.  The winners are listed below.